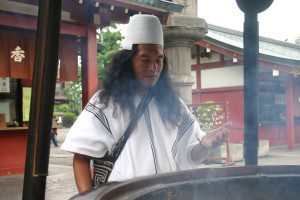 We were shocked to learn that SLFP colleague Rogelio Mejia narrowly escaped death three months ago. Mejia, a leader of the northern Colombian Arhuaco tribe, survived an attack that riddled his car with 40 bullets. Such an act of violence committed against the Arhuaco people is not uncommon. Colombian guerilla groups — and the government itself — perpetuate murder and continue to deny justice to the Arhuaco.

The Arhuaco are the indigenous inhabitants of the Sierra Nevada mountains of northern Colombia, comprising a peaceful, agrarian community. They believe in sustaining their sacred land and consider themselves the protectors of the Sierra Nevada de Santa Marta, a place they believe to be the heart of the world. Yet they find themselves in the middle of a massive civil war that rages between leftist guerilla armies, paramilitaries and the Colombian government that has the Arhuaco fighting for survival.

The attempted assassination occurred on November 12, and had no clear motive. Mejia, who sustained three bullet wounds, was only slightly injured. He escaped by the time gunmen interrogated the two other people in the car, who also escaped without injury before police arrived. The crime will likely go unpunished and without a thorough investigation, if past response by the Colombian government to similar violent crimes against the Arhuaco is any indication. 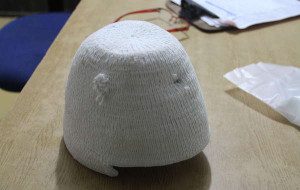 The Colombian government turns a blind eye toward the killing of the Arhuaco people and has participated in such murder through the use of right wing paramilitaries. Twenty-two years ago, three Arhuaco leaders were traveling to the Colombian capital when they were kidnapped, brutally tortured, and later murdered by members of the Colombian army.

When Dilla Torres, widow of Angel Maria Torres, one of the three Arhuaco leaders assassinated in 1991, found her husband dead ten days after the kidnapping, his hair was torn out and his fingers cut off. No one has been punished despite government acknowledgment that members of the army had in fact committed the murders. Such crimes continue to go unpunished, such as the rape and murder of a 13 year-old Arhuaco girl last year. An investigation has yet to be conducted.

Left wing guerilla militias, the sworn enemies of the Colombian government, also pose a threat to the future of the Arhuaco community. In 2004, Arhuaco spiritual leader Mariano Suarez Chaparro was murdered by the Fuerzas Armadas de Colombia (FARC), a renegade guerilla force. Chaparro was the 20th Arhuaco killed between 2000 and 2004. Since then, countless Arhuaco lives have been cut short in the civil war between armed forces and the government. Many members of the Arhuaco community have also been forcibly recruited into guerilla armies such as FARC in their fight against the government. 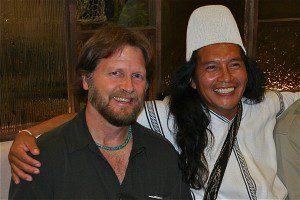 Rogelio Mejia was not the first, and likely will not be the last, affected by the viciousness of the Colombian government toward its indigenous peoples. The attempted assassination of Mejia is not an anomaly, but one of many documented cases of violence against the Arhuaco.

Thanks to Survival International for their original reporting on this story.