What is a Sacred Site? 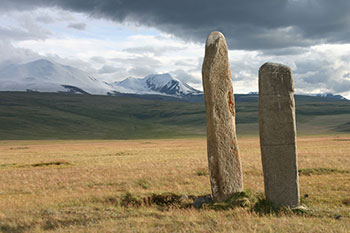 A question we often hear from people when they are introduced to the work of the Sacred Land Film Project is “What is a sacred site anyway?” This simple question, however, doesn’t have such a simple answer.

Through the more than 100 reports on our website, we have tried to convey the breadth of what constitutes a sacred site to cultures throughout the world. In the case of places like Jerusalem, Mecca and Chartres Cathedral — those revered by monotheistic cultures associated with the West or Global North — the site is typically easy to delineate and perceive. One can point to the walls of a church, mosque or synagogue and say, “That’s a sacred site,” and the reverence held for it is clearly manifested through public behavior and rituals.

On the other hand, an indigenous sacred site might not appear so evident. Uluru in Australia, the San Francisco Peaks in the United States, Wao Kele o Puna forest in Hawaii or the Ganges River in India are examples of sacred places in nature that each have subtle and different meanings to people of diverse cultures.

The trouble lies with how both “sacred” and “site” are defined.

Sacrosanct or Something Else?

To the Western ear, “sacred” may be synonymous with “sacrosanct” — inviolably holy — but to an indigenous culture, a place labeled as “sacred” may instead mean something spiritually alive, culturally essential, or simply deserving of respect. This Western conception of and emphasis on “sacredness” often leads indigenous groups to accept the label, however ill-fitting it may be, because protection efforts might otherwise be ignored. A place that is just “spiritual” or “culturally important” rather than “sacred” may not be deemed by those outside the community as important enough to protect. 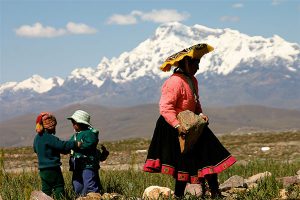 Even if there is an identifiable natural feature — mountain, lake, forest, river — the “site” often encompasses the surrounding environment and goes beyond what is tangible. The archaeologist/anthropologist Thomas F. King, an expert in cultural resource management, wrote, “Years ago several [Native American] tribal elders convinced me that ‘sacred site’ is a misleading term. ‘To you,’ they said, ‘it means a particular place, where Jesus was born or something. What’s spiritual to us is a lot bigger. Everything’s got a spirit, and you’ve got to respect that spirit. You talk about “sacred sites” and people think there’s just a few of them that you can put on a map. That’s not the way it is.’”

What’s more, several distinct places may be regarded as deeply interconnected, thus forming a larger sacred territory or landscape. In the Limpopo province of South Africa, for example, the Venda people have been struggling to protect Phiphidi Waterfall and its surrounding area from development into a tourist resort. However, the Venda see not only a physical threat to the waterfall area, but also a larger spiritual threat to a network of sites within the territory, which they view as inextricably linked — if one place is harmed, all are damaged. 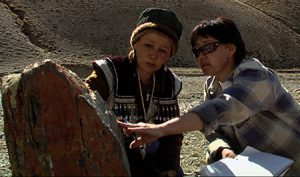 Further, while indigenous “sacred sites” around the world may share certain similarities — almost all are associated with features of the natural environment and many have ties to ancestors or creation myths — they carry unique stories, rituals and practices. For example, in contrast to the ideas expressed above, some cultures’ sacred places are indeed sacrosanct, with tight restrictions on who may enter and what may be done there, such as the Kaya Forests in Kenya; other communities, like those in the Altai Republic of Russia, regard their sites as “mappable” and may even choose to map the sites, both for protection efforts and for cultural/historical records.

Thus, with such ambiguity and contrast across cultural perspectives — between the West/Global North and the developing world, and among indigenous communities — efforts to define “sacred site,” typically with the purpose of creating legislation or other mechanisms for protecting or preserving such places, have been challenging.

Efforts to Define Sacred Sites: Too Vague vs. Too Narrow 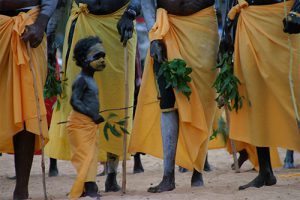 The United States and Australia — countries with significant indigenous populations — have in recent decades introduced protective legislation that includes attempts at defining “sacred site.” Australia’s Aboriginal Land Rights (Northern Territory) Act of 1976 and the Northern Territory Aboriginal Sacred Sites Act of 1989 define a sacred site as one that is “sacred to Aboriginals or is otherwise of significance according to Aboriginal tradition.” The U.S. Native American Sacred Lands Act (H.R. 2419) of 2003 aimed to protect Native American sacred land under federal jurisdiction, but ultimately never became law. It defined “sacred land” as “any geophysical or geographical area or feature which is sacred by virtue of its traditional cultural or religious significance or ceremonial use …”

However, Anthony Thorley and Cecilia M. Gunn, in their report “Sacred Natural Sites: An Overview,” commissioned by the Gaia Foundation, note that definitions such as these can’t be widely applied because they relate to specific countries and cultures. What’s more, they are “very broad and nonspecific about the nature of the sacred qualities of the site.”

A definition by the International Union for Conservation of Nature (IUCN), while not geographically limited, is similarly vague, defining “sacred natural site” as “areas of land or water having special spiritual significance to peoples and communities.”

By contrast, a 1996 U.S. executive order issued “to protect and preserve Indian religious practices,” includes a definition that errs on the side of overspecificity, thus narrowly limiting its use: 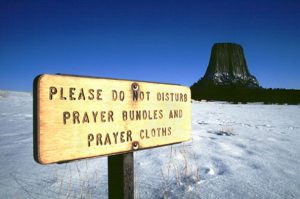 The National Congress of American Indians, at its 2002 annual session, passed a resolution titled “Essential Elements of Public Policy to Protect Native Sacred Places,” which stated that “sacred places are to be defined only as places that are sacred to practitioners of Native Traditional religions and that sacred places include land (surface and subsurface), water and air; burial grounds, massacre sites and battlefields; and spiritual commemoration, ceremonial, gathering, and worship areas.” While useful within a Native American cultural context, this definition lacks broader applicability.

Toward an International Definition 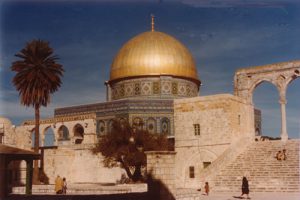 Clearly, there is a need for a working definition that spans national borders and is accessible and useful to all stakeholders: indigenous and cultural groups, allies and activists, legislators and policymakers.

Thorley and Gunn noted that “a valuable definition would be one in which many cultures and indigenous groups could easily recognize their own concept of a sacred site, placing it ‘in the box’ of international discussion and recognition rather than feeling it to be outside and unacknowledged.” Toward that end, they proposed a unique definition intended to “encompass any type of sacred site and also provide insight into the richness and wide variety of sites that can be described”:

The authors note that this definition has limitations and will need refining, but it could form the basis for an agreed international definition that could be used in policy making, disputes about sacred sites, and other related legal and political processes, as well as public awareness and consensus building among organizations working on sacred land issues.

We invite you to join the discussion on what defines a sacred site. Whether you’re personally involved in sacred site protection, an indigenous community member, an activist, a policy maker, an educator, or just interested in the issue — we welcome your thoughts. Contact us at slfp@sacredland.org.