March 7 is the last day the State Department will accept comments on the final Environmental Impact Statement on the proposed Keystone XL pipeline. This is the last step before President Obama makes his decision in the next few months.The pipeline would be a body blow to the U.S. effort to curb global climate change, is destroying First Nations’ sacred sites in Canada and endangering human health. 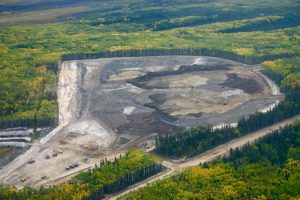 Please write President Obama and the State Department (via 350.org) opposing Keystone. It would move 830,000 barrels of crude per day and will decimate the boreal forest and exacerbate the harm to Alberta’s First Nations people. This is your last chance to take a stand. You can also send a comment via CREDO.