I first met Winona LaDuke in 1977, when we were both working to expose the environmental injustice of uranium mining in Navajo land — radioactive tailings piled around homesteads, former miners dying of lung cancer, thousands of abandoned mines that small children played in and used for sheep corrals. A fiery speaker and excellent investigative reporter, Winona has gone on to become a prominent voice for indigenous rights around the world. We interviewed her as one of our “big thinkers” — people who could put the sacred land protection movement into language and stories that will reach a wide audience.

I asked Winona about the apologies that have been offered to Aboriginal people in Australia and to First Nations people in Canada. These were national events of deep emotion and fanfare, but what was the long-term effect on healing the deep wounds of history?

Winona is executive director of the Native-led organization Honor the Earth, and she said a couple provocative things that I wanted to offer by way of introduction to the beautiful story she tells of real redemption that came to the Pawnee people after they and their seeds and food sources were relocated to far-off lands. It’s a story of homecoming. 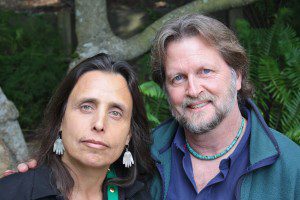 “On one level, you want to tell them that what they’re doing is so wrong — in its spiritual terms, in terms of their own relationship to Mother Earth, and in terms of their denial of people’s humanity. Another facet that I always want to say is: Your plan is bad. You cannot continue to build a society that is based on conquest. We have run out of places to conquer, places to put our flags, new places to mine, new places to dam. At a certain point, you have to bring your world into some sort of economy that is durable and you need to do it sooner rather than later because the more you compromise ecosystems and spiritual recharge areas, the harder it will be for us all, including you, to recover.”

Enjoy the short film clip and hear Winona tell a powerful story of redemption and healing.