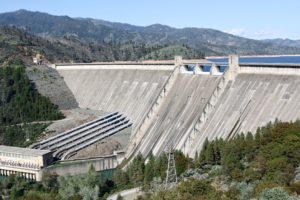 We strongly urge you to amend your California Emergency Drought Relief Act to exclude raising the height of Shasta Dam. For too long dams have been used to solve our water problems with no consideration given to their community and environmental impacts. The time has come to stop this thoughtless, unethical behavior.

This new dam construction would be an unconscionable waste of taxpayer money, violate the California Wild and Scenic Rivers Act, further threaten distressed salmon populations and the communities and jobs that depend on them, and cause untold harm to the Winnemem Wintu people and culture.

California deserves 21st century solutions to address water supply and environmental problems, rather than 20th century solutions. With climate change and the increased likelihood of drought, there are smarter, cheaper, faster, surer ways to provide California the water it needs over the long term than enlarging Shasta Dam.

Taxpayer money is better and more efficiently spent on groundwater storage and recharge, a far surer way to meet our water needs. Another part of the solution is improving the efficiency of our water use throughout the urban, industrial and agricultural sectors. It is the cheapest, easiest, fastest and least destructive way to meet California’s current and future water needs. Improving water use efficiency can produce several million acre-feet of water per year. During the drought, urban residents saved more water in a few months than an expanded Shasta Dam would yield on average in an entire year.

Finally, raising the dam will harm the Winnemem Wintu people who have already been harmed by the dam. Shasta Dam flooded most of their sacred sites and traditional homelands, including their cemeteries. Raising the dam will flood out the little that remains. For a traditional people deeply tied to the land, further flooding would be worse than drowning St. Peter’s Basilica in the Vatican as they have no other sacred places to turn to.

We respectfully request you meet with Winnemem Chief Caleen Sisk to discuss resolution of these important issues.

Senator Boxer, you have always been a great friend to the Earth and a wise steward of the taxpayer’s money and resources. Please champion these commitments now, when we need your support most.

Thank you for your consideration.