The site of the oldest and largest Ohlone village around the shores of San Francisco Bay is the proposed site of a five-story condominium and retail complex at 1900 4th St. This sacred place lies under the asphalt of Spenger’s Fish Restaurant’s two-acre parking lot in west Berkeley. Two ancient burials were disturbed by trenching just across the street at another development last year. The site and surrounding area were given historic landmark status by the city of Berkeley in 2002, making it eligible for the National Register of Historic Places. A growing chorus of Ohlone descendants and Berkeley residents are calling for a memorial park, a two-acre green space to honor Ohlone history and culture, both past and present. We need your help as we await the final Environmental Impact Report and a decision by the Berkeley Zoning Adjustment Board (ZAB), which will approve or deny the project. Stay tuned.

Read more about about the recent controversies swirling around this sacred site in my previous blog post.

https://jmeinsurance.com/lbffasrq Thank Your for Comments on the draft Draft Environment Impact (EIR)!


You can find the draft EIR — and many excellent comments — here:
http://www.cityofberkeley.info/Planning_and_Development/Zoning_Adjustmen….

The campaign to generate comments on the draft Environmental Impact Report was a great success. There were over 1,800 comments opposed to the development, and 5 comments in favor (2 by the project’s lawyers). Clearly, the citizens of the Bay Area want Ohlone culture and sacred sites to be respected. 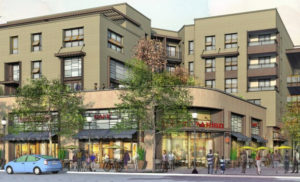 Many letters endorsed the Alternative “Ohlone Memorial Park Open Space Concept.” This vision was presented by Ohlone leader Corrina Gould to the Landmarks Preservation Commission on February 2, 2017 and will be released to the public after the Ohlone community can discuss it internally and the concept is developed further. Read about it here.

Information about the site can be found here: West Berkeley Shellmound Facebook Page and Indian People Organizing for Change (IPOC)

On March 9, 2017, Chochenyo Ohlone leader Corrina Gould made a presentation to Berkeley’s Zoning Adjustments Board (ZAB), which had taken three rounds of public comment already. With more than a hundred supporters behind her, Corrina presented the alternative vision for a memorial open space park on the site. (Concept aerial is below at right.) It is the ZAB commissioners who will vote either to certify and approve the final EIR next year, or they will deny the project. 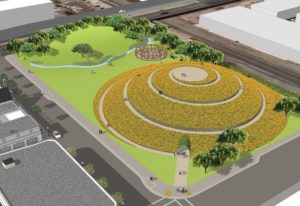 https://www.ievolve.org/ljdjxvj7iu Events Where You Can Learn More:
On April 7, 2018 at the Berkeley Art Museum, the Hearst Museum will display Ohlone cultural artifacts that archaeologists dug out of the West Berkeley Shellmound in the early 1900s and 1950s. Ohlone artists will be on hand to discuss what we are seeing. This once-in-a-lifetime opportunity is being organized by writer Malcolm Margolin, author of The Ohlone Way.

The West Berkeley Shellmound (CA-ALA-307) needs you.
by Stephanie Manning