It’s Time to Stand Up to Protect Bears Ears 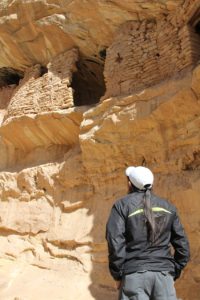 As Trump distracts with crude sleight-of-hand tricks like a truly bad magician—slurring “Pocahantas” and Navajo heroes under the gaze of genocidal Andrew Jackson, for example—we all wonder what damage his minions are doing behind the scenes. Well, next Monday in Salt Lake City, Trump will boast about one of his worst travesties as he announces his intention to shrink the boundaries of a sacred cultural landscape honored by President Obama in the form of Bears Ears National Monument. Simultaneously, and also under the radar, is the so-called tax bill that will open the Arctic National Wildlife Refuge to oil drilling.

In the 1980s, I led 20 backpacking trips into the canyons of the Colorado Plateau. Five of those week-long trips, with 8-10 hearty souls, were magical explorations of canyons that cut into the edges of Cedar Mesa—redrock gems named Fish and Owl, John’s and Slickhorn. This is the heart of what is now Bears Ears National Monument in southeast Utah—an archaeological and ecological treasure badly in need of new paradigm “management.”

After each trip I would visit friends on the Hopi mesas and tell them of the “discoveries” we’d made, complete with slides projected at night under the stars on white sheets that lit up with mysterious (to me) rock writing, elegant cliff dwellings and psychedelic landscapes. The Hopi elders were interested and grateful but always seemed nonchalant about the photos of petroglyphs. To them it was very familiar imagery, all of it, every symbol. I was stomping around in their ancestral homeland, visiting places that were stopping grounds, sometimes for many generations, on Pueblo peoples’ legendary migrations as they searched and moved ever forward toward “the center of the universe.” 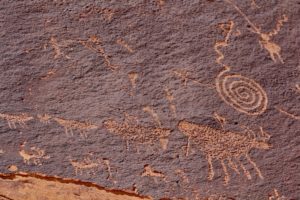 By 2015, Navajos in Utah were taking the lead in a movement to create a protected cultural landscape around Cedar Mesa. The Navajo and Ute who live closer to Cedar Mesa—and the two protruding rocks above to the north that resemble a bear’s ears—were partnering with Utah environmentalists and had formed Dine Bikeyah. The Hopi and Zuni were suspicious. They still hold grudges about all the attention the larger Navajo Tribe gets, while both Hopi and Zuni consider the Navajo to be newcomers to the Southwest, having migrated in 500 years ago.

Buy Valium Msj In the spring of 2015, I was invited to Zuni to show films and I had some heart-to-heart talks with Zuni and then Hopi friends about the growing campaign to protect the Cedar Mesa cultural landscape. I urged them to go up north to an upcoming Dine Bikeyah meeting in Bluff to discuss developing a strategy to protect the Cedar Mesa area with the Navajo and Ute leaders, to whom the landscape is also sacred. 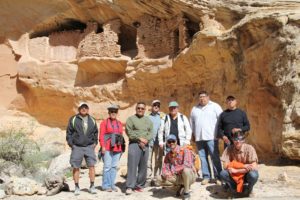 They went. The gathering was fruitful. [See the blog I wrote after my visit in 2015.] After many meetings, much discussion, memorable hikes and overflights, a new coalition—the Bears Ears Inter-Tribal Coalition—succeeded when President Obama declared a 1.35 million acre Bears Ears National Monument, as “a cultural landscape” that would be co-managed by five tribes with the Bureau of Land Management. Obama’s enabling proclamation had some important language:

http://www.youthministrymedia.ca/7jh3g6ozera “Abundant rock art, ancient cliff dwellings, ceremonial sites, and countless other artifacts provide an extraordinary archaeological and cultural record that is important to us all,” said the proclamation, “but most notably the land is profoundly sacred to many Native American tribes…. The area’s human history is as vibrant and diverse as the ruggedly beautiful landscape.”

http://mgmaxilofacial.com/odmoxmxt This historic language represents the protection of a sacred landscape containing 100,000 archaeological sites—including burials vulnerable to pot-hunters and petroglyph panels that locals use for target practice (see photo at bottom).

https://parisnordmoto.com/pnya6qox3mm It set off a bomb in the ranks of the Sagebrush Rebellion and re-ignited a movement to destroy the Antiquities Act, which presidents since Teddy Roosevelt have used to create national monuments. With no public hearings, Utah Rep. Rob Bishop in October passed a bill out of the House Natural Resources Committee to strip presidents’ authority to protect large expanses of federal land.

“Its passage would mark a decided tilt in favor of industrial and political forces that have worked for decades in the West to dismantle safeguards for federal land and the environment. Its defeat would strengthen the influence of conservationists and tribes to develop and install new safeguards.

https://www.radioculturasd.com.br/9zaslv9 The president and his aides have set out to reverse Obama-era restrictions on mining in the Grand Canyon, repeal rules for improving oil and gas leasing practices on public lands, and promote a program of ‘American energy dominance’ that could open boundary regions of national parks and the Arctic National Wildlife Refuge to oil and gas drilling.

https://faradayvp.com/5enldhnc50 Opposing the Trump administration is a nationwide counterforce of environmental lawyers, Democratic lawmakers, recreational and tourism business leaders and Native American tribes. These groups are united by several goals. One is to strengthen existing safeguards and develop a new, ecologically sensitive, energy-efficient economy. A second is to preserve sensitive lands that are sacred ground for Native Americans.”

https://pinkcreampie.com/gdcjpbpxalq For an excellent analysis of what the Department of Interior is up to, read Adam Federman’s “The Plot to Loot America’s Wilderness” in The Nation (12/4/17).

http://pinkfloydproject.nl/g2z6tckx59y POSTSCRIPT (12/4/17): Trump did indeed announce plans to shrink Bears Ears by 85% (and Escalante by 50%), details and analysis in this NY Times piece. 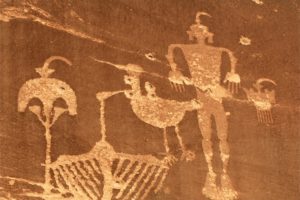 If you are in Salt Lake City, the Southern Utah Wilderness Alliance is organizing a demonstration on the south steps of the state capitol on Saturday, December 2: “Rally Against Trump’s Monumental Mistake,” 1-2:30 pm, Utah State Capitol. Facebook event invitation here.

https://popcultura.com.br/6w5cmac When Trump speaks in Salt Lake City on Monday, December 4, there will be a demonstration close to the capitol, location and time to be announced.